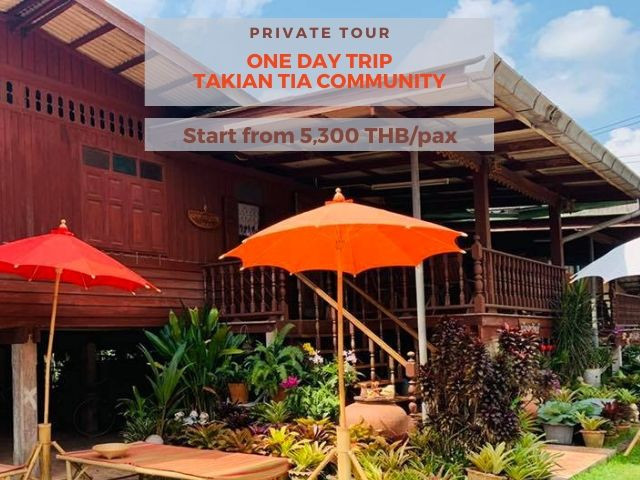 "Takian Tia Community" is one of the villages that preserves the traditonal culture, suitable for modern generation to study. Originally the area was fortile with water all year round so the main income source of the people is up on farming.

"when farming in the past, mostly people are living simply because there are rice field" told by Paa Lamoon (Aunty Lamoon), an old lady in the community now aged 81 years old, yet seem healthy and can clearly tell the past.

The way of the community is imple, not very rich but not poor. Until the water use for farming is not sufficient. So, the villagers turned to frow coconut more and become the major occupation until present.

Originally, farming is only for living then stared to earn an income from planting coconut. It become the major economic crop of the village and make the people in the community have a better quality of life and can produce a variety of coconut products.

When planting coconut, we release the bracon hebetor instead of using pesticides. Paa Lamoon recalls the past that people lived in peace, doing farming and obviously planting the coconut that continues until present.